The Science Behind Alien Encounters 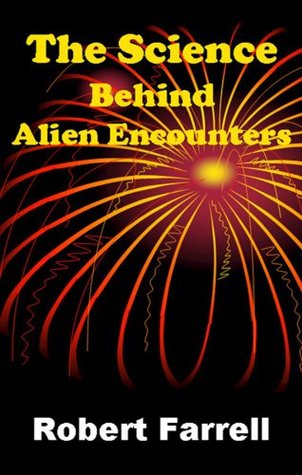 The late #Charles #Hoy #Fort (1874–1932) was a famous American writer and researcher who held the view that “alternative conclusions and world views can be made from the same data from which ‘orthodox’ conclusions are made, and that the conventional explanations of science are only one of a range of explanations, none necessarily more justified than another.” One of Fort’s great contributions is questioning the dogmatism of mainstream science.
When things are hard to believe, people often refuse to believe and skeptics have a field day. This book was written to remove the mystique associated with #UFOs and #ETs. I try to give a “nuts & bolts” explanation for the fantastic things that have been reported. I believe my years as an engineering professor have prepared me for this by teaching me how to explain complex things in ways that are easy to understand. I try to do this using only three dimensions plus time and using #classical #physics with a little #relativity thrown in. I stay away from #parallel #universes, eleven dimensions, wormholes, and #time #travel into the past. While I do believe that #time #dilation does allow us to go into the #future, I am skeptical about going backward in time. One of my heroes was #Albert #Einstein and I make use of his technique of using #thought #experiments to get my points across.
Within this book, I will discuss many topics within the field of #ufology. I will begin by discussing the UFO Crash at Kingman, Arizona. This forms the centerpiece of my #Alien #Log series of novels. The reader will be given a brief history of UFO #sightings. The search for #extraterrestrial #life and ETs will be covered. The ET presence throughout our history extending back to the #Sumerian civilization will be reviewed in light of ET presence. The notion that the #Great #Pyramid of #Giza may have been built as a power plant will be explored. If ETs exist then why have they not made contact? Perhaps they have. Find out how. There is a lengthy discussion explaining how UFOs do the amazing things reported by thousands of people, many of whom are highly trained observers. Evidence is given for the hypothesis that UFOs are propelled by manipulation or creation of #gravitational #fields. I will discuss the theory and work being done by researchers to generate gravitational fields. How can UFOs travel thousands of miles per hour without creating #sonic #booms? How can they accelerate at over 100 Gs without harm to the occupants? How do they #cloak themselves? All of this and more will be discussed. Given the tremendous technology displayed by UFOs, one wonders why they crash. There are some thoughts on this. What the ETs are up to? I give my take on that. Do you believe in the #Big #Bang theory? Learn an alternative explanation of how the #universe began in a way that does not begin as a singularity, does not violate basic laws of physics, does not require mystical “#dark #energy”, and accounts for the tremendous amount of angular momentum present in the universe.
I hope you will find this work not only informative but also enjoyable to read.