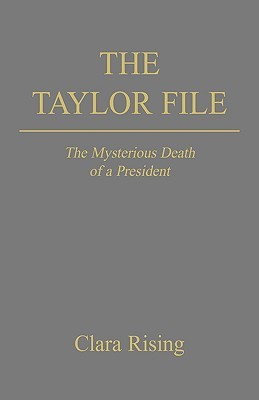 He was the Eisenhower of his time. Against enormous odds, this non-political soldier was sent to the White House in 1848 on a wave of hysterical enthusiasm for his victory over Mexico--and the acquisition of vast lands that would become the American West. That land would also, like a curse from a Greek drama, predict the untimely death of Zachary Taylor.

The date was also significant, for in January, 1848, gold was discovered in California. Thousands sailed around South America or trudged overland to the gold fields. Greed spread like wildfire, from the smallest hamlet to the big corporations of the time, those cotton plantations in Georgia, sugar plantations in Louisiana or rice fields in South Carolina. Empty land meant expansion, and expansion meant the extension of slavery. Because Zachary Taylor owned a hundred slaves and a 2,000-acre cotton plantation in Mississippi, the pro-slavery politicians thought they had their man.

They could not have been more wrong. They forgot that this was a forty-year veteran of the frontier army who saw the country as a whole, not in sections. He was a man of action, not words. He single-handedly got California into the Union as a free state, bypassing territorial status. And he would have done the same for New Mexico, if he had not been ill the day the New Mexico state constitution, requesting admission as a free state, reached St. Louis and was never seen again.

There were other mysteries that first week in July, 1850, when Taylor died after eating fresh cherries and drinking cold milk at the White House on July 4th. Knowing how critical transportation would be for California, he had negotiated a treaty with England to build a canal through Nicaragua. The Senate ratified it. Contracts were confirmed with the engineers. Taylor signed the treaty on July 5. Then, as with the New Mexico state constitution, it disappeared. Lord Balfour issued a "counter-declaration," inserted into the U.S. archives after Taylor's death on July 9. Nobody seemed to notice this reversal of a ratified treaty. U.S. citizens had to wait until 1914 for the Panama Canal, and New Mexico did not become a state until 1912.

Throughout Taylor's short administration the major political threat was Henry Clay's "Compromise," which contained the infamous "Fugitive Slave Law," nullifying habeas corpus and trial by jury. It paved the way to a civil war. Clay knew Taylor would veto it, and took little trouble to conceal his hatred of the President. Such a "law" (passed after Taylor's death) set Federal bounty hunters loose to prowl the border states and kidnap slaves for ten dollars a head.

Even more immediate were physical threats to Taylor by two Georgia congressmen, even as he lay ill in the White House. Texas was threatening to secede. Taylor replied with his own threat to lead an army down there himself if Texas tried to destroy the Union. As for his congressional visitors, the corpulent Robert Toombs and his vicious little sidekick Alexander Stephens, he threatened to "hang them with less reluctance than he had hung spies in Mexico." Stephens tried to impeach Taylor, and Congress was voting on a censure even while Taylor lay dying.

Then there was the presence of Dr. Thomas Miller, "the physician to the Presidents," who had been accused of malpractice in the death of President Harrison nine years before. Perhaps it was no coincidence that Dr. Miller built a house next door to his own home on F Street in Washington (connected by a passageway) that he rented to Robert Toombs, whose friend Stephens was a frequent visitor. Dr. Miller was still at the White House when Lincoln was elected. Warned that Miller had killed both Harrison and Taylor, Lincoln promptly fired him and set an armed guard around his house for the rest of the war. No wonder there were questions. No wonder these questions, posed by a family never satisfied by the diagnosis of "gastroenteritis" (especially of an old soldier famous for having "the digestion of an ostrich"), led to an exhumation in 1991 and the search for arsenic, the only toxin which could have survived 141 years. Not enough was found, but many questions remain. Could! Zachary Taylor have prevented th Civil War, had he lived? We will never know.